Chopping it all off!

Okay, I'm getting rid of the hair! I'll be welcoming in 2013 with a new do tonight! We'll see what our close friends the Murphy's think tonight at their place!
I'll be going to a salon today and chopping it off. I want to get something similar to the picture below. I'll be posting a before and after cut after it's all done. I'm excited!
I've had nothing but hair issues since 2008 after having Abby (1st child)at the age of 38! My entire life I've had straight hair until after having her. Now it's frizzy in the back and straight as a board in the front. I've tried everything. The only thing that has worked decently is AVON's Advantage Techniques Shampoo and Conditioner with Moroccan Argan Oil in combination with the AVON Moroccan Argan Oil after on damp hair. Oh, and lots of time with a straight iron...
I've come to the conclusion it would just be a better life for everyone in our household if I just changed my style to a short cut with it VERY short in the back to avoid the frizz!
I'll post the before and after pics later today! Stay tuned!Here is the look that I'm aiming for! 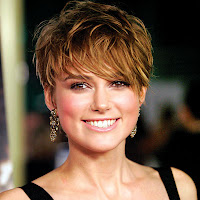 <---Goal
Well, My hair was a monster at the salon...ugh! It wanted to stick straight out at the sides! I have such thick hair that she had to thin it forever! I decided to shorten the sides more and leave the top longer than the goal photo. I'll work with it a couple of days and she'll layer up the top more if I decide to do it. Happy New Year everyone!
Here's one from from 01/04/13! 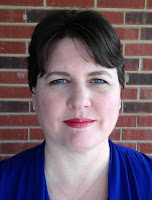